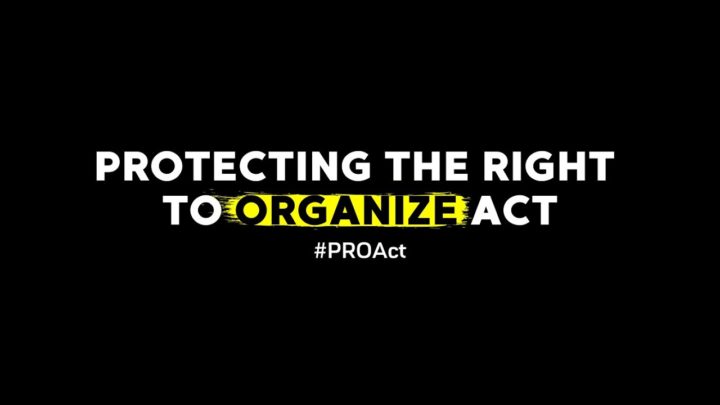 On Wed, the California Senate passed a bill to set restrictions on Amazon warehouse laborers' working hours along with shares of profit. The case was brought under consideration after an increase in tough examinations of working operations. The major point raised in the bill was the sky-touching number of injuries of the laborers. The senate forbade every company even if it’s Internet giant Amazon, Google, or any other, to go against the rights of laborers. The bill also ensured better health conditions for the warehouse workers. Moreover, the laborers would also be allowed to take short breaks between their work, go to the bathroom if they need, or eat anything during working hours.

On this weekend, when the Senate will have concluded all the legal sessions and reports, the State Assembly will look forward to accepting this Labor Model Bill.

The author of the bill, Lorena Gonzalez, in an interview, cleared her stance by stating, “In the Amazon warehouse space, what we’re trying to take on is this increased use of quotas and discipline based on not meeting the quotas, without a human factor in dealing with a reason why a worker might not make a quota,”

Even though the Governor of the State has not shown any sign of support yet, his party is already working to get the bill passed. The professional generalists mentioned that the current bill is a great step to control the quotas of individual warehouse workers and also keep them in check through the advanced systems of billion-dollar companies like Amazon.“I believe one of Amazon’s biggest competitive advantages over rivals is this ability to monitor their workforce, prod workers to work faster, and discipline workers when they fail to meet quotas”  said the Research Director of CUED Chicago, Beth Gutelius. While talking about Amazon, he also commented that “It’s unprecedented for a bill to intervene like this in the ways that technology is used in the workplace”

Furthermore, on the other hand, the company owners are getting aggressive by claiming the decision is unjust. They are worried that the passage of this bill will lead to a big blow to the businesses. However, the main intent of this bill is to provide laborers with basic rights. For now, the bill only focuses on Amazon's policies but it is a warning for other companies as well.

Even though we have not seen any apparent move from Amazon, some internal reports mentioned that the company is paying more attention to the wages of the workers and also guaranteeing the health and security of individual workers.

The bill also demands Amazon to reveal the wages and the active working hours of the warehouse laborers. This will allow the workers to know their actual salaries and also gives them a right to question the authorities. In response, Amazon has stated that the termination and late salaries are due to their disappointing performances and actions.

Amazon is concerned about the decrease in profits because of an expected improvement in the salaries of the laborers. Moreover, as the workers are only allowed to perform their duties in a fixed period of time, the company's services may also slow down dramatically.

“I think it’s all about money, not about what the system is set up to handle,”  said the MWPVL International’s supply President. He further described his statement as “If you said to me, ‘Bring the rate down from 350 to 300 per hour,’ I’d say, ‘OK, we need to add more people to the operation — maybe we need 120 people instead of 100.’”

For the past year, the injury rate has jumped to more than double in Amazon’s Workplaces. This report proved very troublesome for the company economy as well as its esteem.

“They would say, ‘Always pivot, never twist,' all this stuff you’re supposed to do. But it’s often impossible to follow the proper body movements while also making rate” These are words of one of Amazon’s warehouse workers before the bill was even passed.

Amazon is to bring betterment to its health and security policies and is said to have invested over $300 million for the workers’ comfort this year.

The Retail, Wholesale, and Department store unions are on the frontline to prohibit Amazon’s failed elected union from taking control over the National Labor Relations Board. However, the unions accused that the company itself interfered in the elections.

This week has been too problematic for Amazon so far.

“This is a historic victory for workers at Amazon and other major warehouse companies. These workers have been on the front lines throughout the pandemic while suffering debilitating injuries from unsafe quotas”

The bill is being backed Internationally by big IBT. Teamsters, Ron Herrera, remarks on the recent election campaign.

The Amazon laborers are also assured to get “all the resources necessary” from the IBT. The International Brotherhood of Teamsters also played a great role in passing the Labor Model bill.

Are you a seller looking for ways to grow your Amazon online store and want to get amazon listing optimization services? Get benefited from the professional Amazon account management services that can help you in managing and running a profitable business.