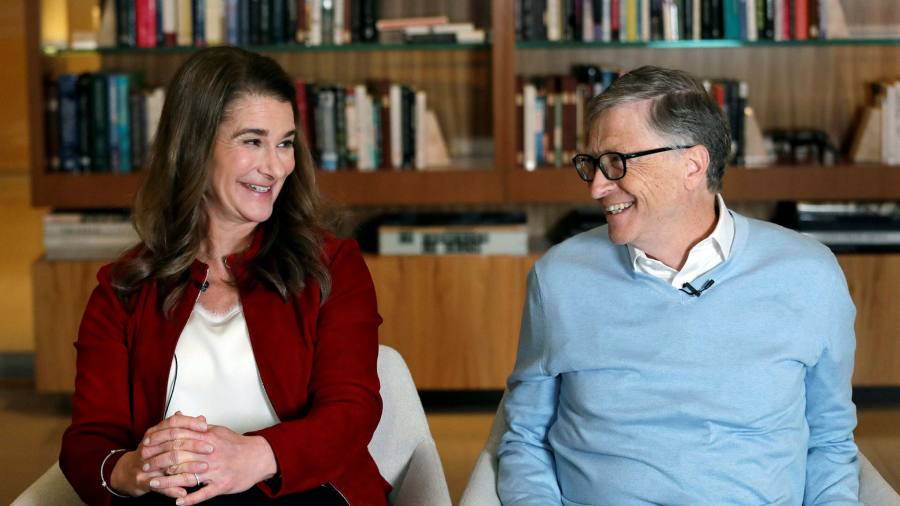 Bill Gates, the Microsoft co-founder, and his wife Melinda have announced they are ending their marriage after 27 years, throwing into doubt a partnership that has remade modern philanthropy and supported one of the leading private responses to the Covid-19 pandemic.

The couple revealed the decision in a terse note on their social media accounts on Monday, in which they said the fate of their marriage would not affect the work of their foundation, the world’s largest private charitable organisation.

The pair have ploughed much of their estimated $124bn fortune into the Bill & Melinda Gates Foundation, which seeks to enhance healthcare and reduce poverty around the world. Working with Warren Buffett, they also promoted the Giving Pledge as a way for wealthy business people to donate more of their wealth during their lifetimes.

“After a great deal of thought and a lot of work on our relationship, we have made the decision to end our marriage,” the couple said in a statement on Monday. The pair said they “will continue our work together at the foundation, but we no longer believe we can grow together as a couple in this next phase of our lives”.

In a separate statement, the foundation said the couple would “remain co-chairs and trustees” and that “no changes to their roles or the organisation are planned”.

The separation comes two years after Bezos’s divorce from MacKenzie Scott, which raised questions over the fate of the Amazon founder’s significant voting stake in his technology company.

The [Gates] foundation will continue without missing a beat

The Gates separation, by contrast, is likely to have little impact on Microsoft given that Bill Gates, 65, left the software group’s board a year ago and has a stake of about 1 per cent.

For the past two decades, the couple have run the world’s largest private charitable foundation, which has distributed $55bn since its launch in 2000. Its endowment, which includes annual donations from Buffett, stands at $49.8bn.

The Seattle-based Gates Foundation has established itself as one of the world’s most influential philanthropies, with a focus on fighting poverty, disease and inequality that stretches from sub-Saharan Africa to inner-city America.

A person with knowledge of the Gates Foundation expects that Bill and Melinda will both remain very involved with the foundation’s day-to-day operations, and that things will stay mostly status quo.

The pair, known to operate as pragmatists, would likely be motivated to keep the foundation from fracturing so as not to dilute their overall influence, the person said.

Buffett, the foundation’s third trustee, has been the driving force behind its involvement with development, such as agriculture, nutrition, financial services for the poor and scaling up existing vaccines.

The announcement of Buffett’s successor raises questions for the foundation about what will happen when the billionaire dies. He has pledged to give 85 per cent of his $105bn fortune to the foundation, which will massively increase the amount it needs to give out each year to maintain its tax exempt status. 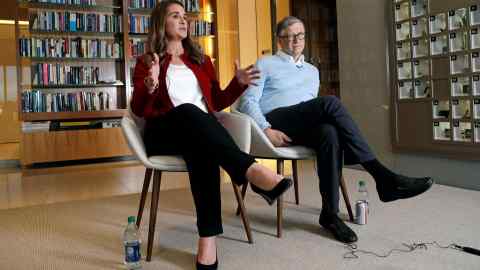 Melinda, 56, has long been known as the most powerful woman in philanthropy, focusing her work on the rights of women and girls, from family planning to maternal health. She also founded an investment company called Pivotal Ventures in 2015 to back groups promising to advance social progress.

Their work on health and development has also made them influential figures in funding vaccine development and in the debate on combating climate change, with Bill recently publishing a book entitled How to Avoid a Climate Disaster.

The couple met in 1987, soon after Melinda joined Microsoft. In a 2019 Netflix documentary, Melinda recalled how she found Bill compiling a list of the pros and cons of marriage on a whiteboard before he proposed.

She is widely seen as having played an influential part in getting him to shift his attention to philanthropy full-time, at a time when his aggressive business tactics had put the company on a collision course with the US Department of Justice. He went on to take more of a back-seat role in Microsoft management, before progressively cutting ties completely and redirecting all his attention to philanthropy.

Depending on the terms of any divorce settlement, Melinda Gates could immediately rival Scott, whose fortune is put by Forbes at $60bn, for influence in the philanthropy world in her own right. Washington state requires a straightforward 50/50 division of marital assets, unless the couple reached a prenuptial agreement or any other arrangement since then, said Caroline Krauss, a partner at the matrimonial law firm Krauss Shaknes Tallentire & Messeri.

She added that “the foundation will continue without missing a beat”, since the pair had already transferred significant assets to the organisation and its board was charged with making sure the funding continued to flow in line with its goals.

Scott — who took her middle name as her new surname — became the world’s third-richest woman after her divorce from Bezos, and quickly signed the Giving Pledge, a commitment to give away the majority of her wealth. She has since remarried. As part of the settlement, believed to be the biggest of its kind, Bezos was able to retain all of his previous voting rights in Amazon. His post-settlement share of 12 per cent was worth about $107bn.

Who Is Roman Protasevich, the Captive Journalist in Belarus?

New Information Proves Trump Assist From Black Male Voters Not As Vital As We...

Germany’s Bertelsmann to purchase Simon & Schuster in $2.17B money deal