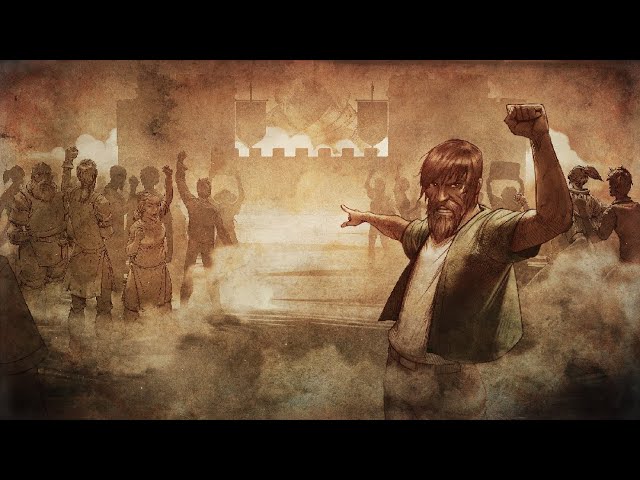 The Kingdom of Great Kourend is a land that appears to many as prosperous and harmonious. With peace running deep, it seems like there could be nothing more perfect than the status quo. That's not entirely true though; inside this seemingly content exterior are divisions waiting to happen in Old School RuneScape!

The ‘A Kingdom Divided’ OSRS quest starts as players investigate corruption within the Kourend Council.

The Kourend Council has ruled over the kingdom following the death of King Rada. It's been a tumultuous time, with recent events causing unrest among many citizens who are not too happy to see Sophia Hughes apprehended and held in custody for her crimes against their beloved land. There is even talk that dark forces may be at work here -- ones that could change Gielinor as we know it.

Requirements for this quest can be difficult and time-consuming. You will need an Architectural Alliance miniquest completed as well as Depths of Despair, The Queen's Thieves, The Ascencts of Arceuus, Forsaken Tower, and Tale of Righteous all finished before starting this OSRS quest. Remember though that Client Kourend and X Marks the Spot are needed too.

You'll need to have your Agility, Herblore, and Mining skills at level 54+, Woodcutting and Thieving both at level 52+. Crafting is a little easier - just level 38- but Magic will require level 35 for casting spells. And don't forget some food!

To start a Kingdom Divided in OSRS, we need to talk with Martin Holt. He can be found east of the castle and is not hard to find at all! Next, head down into Kourend Castle's ground floor where you will speak with Commander Fullore and then witness an incredible cutscene that takes place. Once it ends, make sure to investigate south from there for another special surprise awaiting your arrival on this quest-fulfilling journey.

You enter the house and are quickly faced with a staircase. Head up to find drawers in the east room where you’ll find an old receipt. From there, go down the stairs to talk with Tomas Lawry. You will find him in the ground floor garden. Do not worry about bringing your receipt after speaking to him; you won't need it anymore!

After this, you'll have to interact with the Judge of Yama, Kourend’s Last Princess, and of course, The Council.

For completing a Kingdom Divided, you will receive two quest points and the Book of The Dead which allows resurrection spells. In addition to this reward, there is also an antique lamp that grants 10,000 experience for any OSRS skill level at 40 or above.

You can now set Kourend Castle as a respawn point to get back in the thick of things. Just speak with Asteros Arceuus if you want to change your spawn location and see 24 new spells at your disposal, such as Ghostly Grasp or Inferior Demonbane. We’ve also got utility spells like Reanimation Spells and Resurrect Crops for when you need them most.